Hi my name is Roy Kilner, I am the Production Manager of AIG Engineering Services based at Retford Nottinghamshire.

We had been utilising a piece of software developed in house since the 1980’s. The purpose of the software was to output information on inputted values for our pipe bending manufacturing process. It sat on one pc in our workshop. Due to a change in business, we needed the software to be brought up to date and to be able to work across multiple geographic locations. Here in Retford and in Japan. The current DOS based software was developed in a little known language and development environment called TAS (a very old version – the software has long since died out). So this old software was not up-to the change in requirements and the job.

Lots of developers were not interested in taking this task on.

We commissioned Aubrey Moore of Dev Guy, to develop a new version. The first thing Aubrey had to do was to understand the TAS environment and reverse engineer the business logic and reference data out of the software. Aubrey reversed engineered each screen’s logic out into an Excel spreadsheet. We could then populate the spreadsheet with values and check the logic with the DOS Application. The two matched. 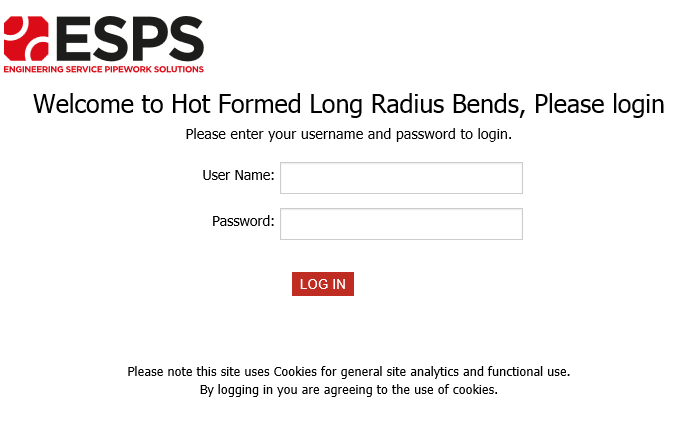 The next step for Aubrey was to develop a new Web Site in c# ASP.Net with a SQL Server backend database, to store the accounts, inputted information and reference data. A bonus was that Aubrey suggested we make the website responsive, so that it works on smart phones and tablets as well as the desktops and laptops. We agreed and this has given us lots of flexibility going forward.

The website had to be available on the internet and protected by a login page, so only authorised users could use it.

The website also had to have multiple accounts and have a degree of isolation so that two or more independent companies could use the website without seeing each other’s data. At the moment AIG Engineering based in Retford and Torii Kasai based in Japan use the program in tandem. The website had to utilise the branding from each company depending on the user who logged in. These new requirements were on top of reverse engineering the current software.

All a tough challenge, especially with the complexities of the business logic containing complicated mathematics and reference data. The application also required stepped data flow, where values had to be inputted sequentially into the website, as the next step in the process and calculations were dependent upon them. 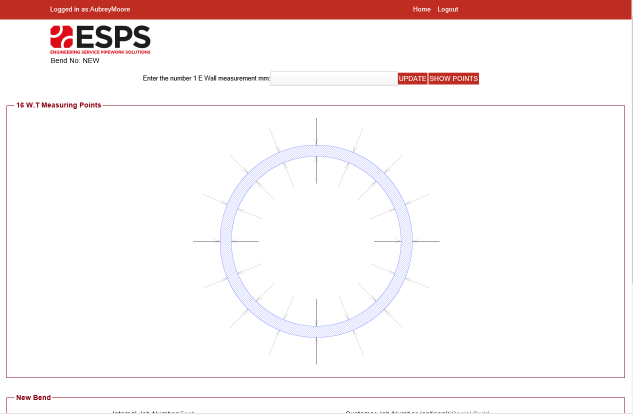 It became apparent too that the business logic wasn’t quite utilising the latest standards, so we required changes on top of all this as well.

So this was far from a normal task. Aubrey though worked to a tight deadline and completed the task. We had very few bugs and issues to overcome, which surprised us. We ran the new software alongside the old DOS based software for a few months. They both gave the same results. The old DOS software is now redundant and we simply just use the new software.

Aubrey organised the domain nameand hosting for us and deployed the website.

He was also on hand to support us with the software on a recent visit to Japan.

The website developed was www.espsbending.com. This website has now been sold to West Pipes and the domain and brand altered by Dev Guy. It is available at https://www.westpipesbending.com

Would You Recommend Dev Guy?

I would recommend Aubrey of Dev Guy for any software development task that is required. Thanks to Aubrey and his technical skills our business is moving forward as planned.

If you would like to discuss your requirements or require any further information, then please don't hesitate to contact Dev Guy. Skype or Google Hangout sessions can be arranged to demo software.